Diagon is an upcoming global decentralized eSports ecosystem that will enable people from all around the globe to test their expertise and contest in 1v1 and group versus group matches for different eSports tournaments. Diagon would raise the bar and push open boundaries by introducing unique features; DiaArena, DiaStream, DiaBet & DiaConnect into our ecosystem.

Diagon airdrops up to 125 DGN token (~$0,25) to their airdrop participants for the following simple tasks:

sniperwolf79 is closed, our bot don't accept my details,help me please. 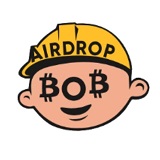